This is part of a series that will share my experiences driving some of the various luxury vehicles we sell.

Today we will review the Acura RDX.  Slotted between the larger MDX and the sportier ZDX, the RDX is a very sporty, crossover that will appeal to a very large segment of our client base.  A 5-seater, I had no problem loading three kids in the back.  They reported plenty of room and they said they thought the seats were soft. 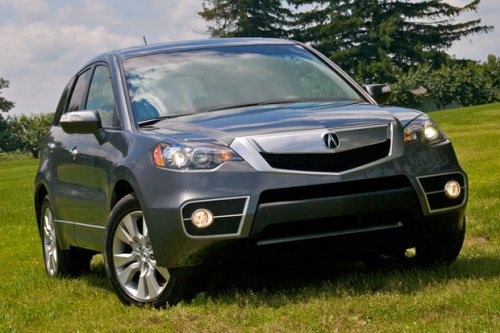 My wife kept saying “cute”, which caused me to cringe and hit the gas momentarily to get a nice little surge to remind her that this car has a mean streak, too.  While the cargo space of the RDX is smaller than the MDX, it will still hold 2 large and 4 medium-sized suitcases with room for a few carry-ons as well.  The cup holders were within easy reach and my wife loved that her over-sized purse easily fit into the HUGE center storage space.

As for the drive, the RDX has a nice sporty feel.  Responsive steering coupled with the optional turbo-charged engine gives the RDX solid acceleration without feeling out of control.  In the construction zone where I live, I had to fight the urge to slalom the orange cones (at the urging of my boys) as we zipped past each one.

The sound system was a nice surprise.  I listen to AM 1330 (a shout out to Steve, Ted, and the crew) and they never sounded better.  Rich and soothing, AM never sounded better.  The XM radio stations sounded solid and full.  Another nice feature was the backup camera built into the rear view mirror.  I didn’t remember that the screen was there, and wondered why the mirror was so large and boxy.  When I put the RDX into reverse, it came on and I was pleasantly surprised at how clear and easy to use it was.

In closing, the RDX is a great crossover, that is large enough to hold a family of five, yet small enough to make parking easy and fun enough to enjoy spirited driving when you are alone.  Starting in the mid $30’s, with a very nicely equipped model for under $40,000, the RDX makes a GREAT value statement as well.

You owe it to yourself to test drive the RDX soon.  Be sure to “Friend” us on Facebook and follow our Twitter feed for more surprises and delights.